Kymeta, a start-up based in Redmond, Washington, closed a $50 million Series C financing for its Metamaterials Surface Antenna Technology (MSA-T). The company was incubated by Intellectual Ventures and is backed by investments from Bill Gates, Liberty Global and Lux Capital. 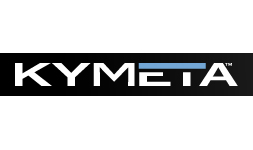 Kymeta has said its mTenna product line will simplify the satellite connection needed for broadband Internet on the go, anywhere in the world. The company uses metamaterials to manipulate electromagnetic radiation to electronically point and steer a radio signal toward a satellite. The technology could be used to maintain a continuous broadband link between a satellite and a moving platform such as an aircraft, car or boat. The metamaterials could be manufactured using established lithographic techniques.  The technology will be used in flat, thin, light, and highly adaptable antennas and communication terminals.

Kymeta has already demonstrated a metamaterials-based antenna establishing a connection with a Ka-band satellite. The connection used an aperture size of 15 by 17 inches and was about one centimeter thick. The antenna was powered by a USB cable using less than three watts of power to drive the electronic beamforming antenna.

In the latest funding round, existing Kymeta investors including Bill Gates, Lux Capital and Liberty Global were joined in the financing by Osage University Partners and The Kresge Foundation.